We coaches hear these comments from our coachees all the time. But we can tell by the way they say it whether it is a commitment to action, or just wishful thinking.

A few years ago I was coaching a female leader who had never had to apply for the next job. She simply performed well in her current post, got noticed, and got promoted! Now she was near the top, and there were very few next step opportunities. She knew she was going to have to do something to get that next job, for the first time in her life.

A few sessions earlier we had generated some great ideas on what she could do to significantly increase her chances of securing the desired next role, but for some reason she hadn’t moved forward on anything yet.

At one point she said, “I’ve just got to get started on this.”

“No you don’t!  You don’t have to do anything. You haven’t so far. That in itself is a choice.”

“But if I don’t take action, nothing will change.”

“That’s true, but you always have a choice. You don’t have to do anything.”

We spoke more about having choices, and she began to look at her situation in a new way. She started to feel relieved when she realized that she was not obligated to do anything.  The (self) pressure was off!

Then we spoke about the consequences of the choices before her, and she began to feel a growing motivation to move forward with her plan, because it was her choice to do so, and not something that she had to do.

When we as coaches are working with someone who knows what they need to do to reach their goal and yet they are not doing anything about it, we can help them realize that they don’t have to do anything. It’s a choice. 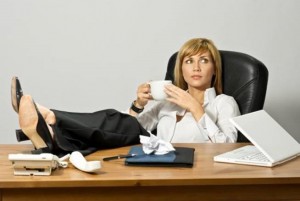