The Power of Pulling It Together

Coaching conversations (and most conversations, actually) are much like two people walking down a road together. When they come to a crossroad, they can look back at the ground they’ve covered, and then decide together which road to take next. What do I mean by ‘crossroad’? I mean any point in time where it looks like the conversation will take a new turn or direction.

Why is it worthwhile to look backward and summarize your conversation before moving forward? :

Here’s an example of when summarizing can even save a coaching relationship:  A couple of years ago, a coaching client and I were nearing the end of one of our sessions. I was feeling pretty smug, thinking that we had made significant progress on several important topics. But then I noticed that his body language was saying something very different. With bent elbows and palms turned up, he shrugged his shoulders, tilted his head, and threw me a look that said “So what have we really accomplished today?” In a moment of utter disbelief, I quietly replied: “Shall we summarize our conversation?”

I asked him to share his key take-aways with me. He did, and they were sparse. I then offered to check my notes to “see if there was anything else that the two of us seemed to have found important.” He accepted. When I started talking through the conversation we had just had, he grabbed his pen and started writing feverishly. When I was done, he expressed how grateful he was for the summary, and confessed that he hadn’t felt able to step back and look at the whole conversation. He then rushed over to his computer to schedule our next appointment.

The idea of summarizing at crossroads reminds me of when our family was hiking up a mountain in Utah with some friends. When we came to more open areas we often turned and looked back, always surprised (and delighted!) to see how far and high we had climbed.

So when you are coaching someone and you sense that you have come to a crossroad, make sure that the two of you close that part of the conversation by ‘pulling it all together’. 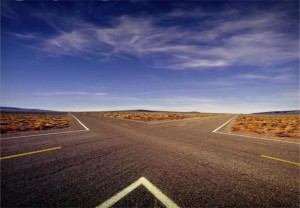