A couple of years ago I was frustrated with a coaching session that I felt just hadn’t gone well. For the first time my coachee arrived unprepared – and I was tempted to sulk and blame it all on his unpreparedness. And by the way, he cancelled our next appointment soon afterwards. He was at a very senior level, and I didn’t know if I would ever see him again.

Thankfully, I threw the idea of blaming him into the wastebasket, and decided to explore with my personal coach supervisor what I could have done differently.  Surprisingly, our exploratory dialogue quickly moved towards what had been going on with me that morning, before I arrived at his office.

Event-wise, there was really nothing unusual. I went through my usual rituals of getting myself out of the house, riding my bicycle to the station, and then catching public transportation of various forms.

But it was my mental state that I hadn’t tended to with enough care. I had arrived prepared to conduct a session with someone who was clear on what he wanted to achieve -- as he had always been during our previous sessions. But this time he wasn't clear at all, and instead of snapping out of my mental state, becoming conscious of what was happening and bringing it to the fore, I fell into the trap of trying to converse with him until he threw something significant on the table for us to work on. That never happened.

My coach supervisor and I had a dynamic discussion. We came up with the following ideas on how we coaches can prepare ourselves just before our coaching sessions:

This particular coachee is near the top at his organization. Rightly so, he is constantly reassessing how to use his time most effectively. The good news is that we did manage to have an appointment a few months later, during which we openly discussed what had happened. We also re-contracted on how to work together moving forward.

I admit that we coaches don’t always have the luxury of a comfortable, peaceful environment and a good 20 minutes or so to prepare ourselves for a coaching session. But I believe that making that shift into a higher level of consciousness can be done – even if we only have  a few seconds! This is a muscle that we can exercise and strengthen. 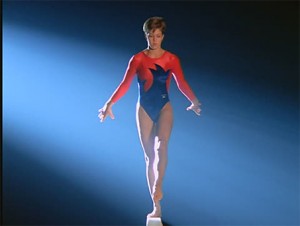