I'm Not an Idiot

Years ago, one of my dear colleagues gave me some not-so-positive feedback. After the initial ‘ouch’ I felt, I realized that there was something about how he delivered the feedback that made me want to change my behavior in a very positive way.

He and I used to facilitate leadership programs together regularly. We often took turns being at the front of the classroom. I loved how he presented things and created interaction with participants, and out of pure enthusiasm for what he was saying I would occasionally interject my ‘two-cents worth’. After all, I thought, isn’t it great that we model teamwork-in-action in this way? What I saw each time was that he would let a wonderfully reflective pause hang after I was finished, before starting to facilitate again.

We had a great habit of exchanging feedback at the end of each day, which would often lead to coaching each other. (Many coaching discussions actually start with the exchange of feedback.)

During this particular debrief he said: “You made several contributions while I was facilitating. Just know that when you do that, I tend to go blank and can’t think of what to say next. It’s very uncomfortable for me.”

I was caught completely off guard. I had no idea that this had been going on inside him.

Once he had shared that new information with me, it was a ‘no-brainer’: I stopped interjecting! We had a great discussion, and I felt like this was a relationship-deepening moment.

But, what was it about his feedback that I found so powerful? Here’s what I think:

When we as coaches offer feedback to our coachees, we need to remember to focus on the behavior we observed (what the coachee said or did), and to share the impact that behavior had on us, without giving any advice. This will provide our coachees with the opportunity to reflect on what was said, and to find their own way to make changes in their behavior. 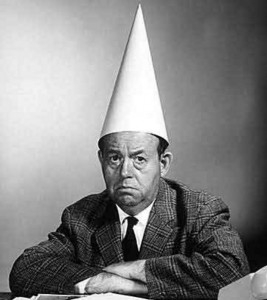