Are You Mr. Perfect?

I still clearly remember a session I had in my first year of coaching. The assignment was to work with a leadership program participant, debriefing the results of a handful of assessments he had completed, including a 360° report. The trainer had briefed me privately that this person had annoyed a number of his fellow participants with competitive and overconfident behavior. He was young and further than most in his career for his age. I was most definitely curious.

Indeed, we spent three hours working through the data, and during that entire time, he happily expanded on the positive feedback he had received, telling supportive stories at length. Whenever I pointed out data that suggested a potential area for improvement, he would brush it away, saying things like: “That’s because of Person X”, or “I have to do this because no one else takes responsibility!” or “They are just saying that because they are jealous that I was promoted and they weren’t”. Etc. etc.

Desperate to provide anything of value, and exasperated because I was sure that I hadn’t, I decided to make one last attempt, so I said: “Well officially we are finished with this session, but do you have any last questions?” Now mind you, this was a set-up.

He folded his hands together behind his head, leaned back in his chair and crossed one ankle over the other knee. “Yeah,” he replied, with a smile on his face. “Can you… sum me up, in a few sentences?” As far as I was concerned, I now had permission to share what no one else in his life probably had dared to say to him.

“OK,” I said. Then I paused for a moment to pull my thoughts together, swallowed, and began: “As we have discussed, you have quite a bit of positive feedback in this pile of data, and you have reached an impressive level in your organization at a relatively early age.”

Then I continued: “That said, even as an American, I have found it quite unpleasant to listen to you say positive things about yourself for the past three hours, and brush off every attempt I made to explore potential areas of improvement. If you are behaving this way when interacting with superiors and colleagues, they may be feeling as I have, and if so, this could eventually derail your career.”

“And secondly, you admitted openly that your career is more important to you than your family. I am very concerned for you, because I could envision that at about the age of 40 you might find yourself lonely and all alone.”

During that oration he had steadily moved from his initial “power” position to a sort of fetal position, crouching forward on the chair. We somehow managed to say goodbye and part ways, and I remember him looking like he had just been hit by a boxer in the ring, dizzy from the blow. I went straight to the trainer and asked him to keep an eye on my participant, explaining that it had been a tough session.

Ratings were important, and for me this one particularly so, since it would indicate the impact that those last messages had had on my coachee. As it turned out, he scored the experience a 5/5.

I thought long and hard about that experience in the weeks following, and concluded that one gift we can offer our coachees is frank feedback – to dare to say to them what no one else in their life may have had the courage to say. 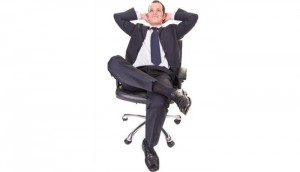