I think coachees send out ‘invitations’ all the time.  Here’s what it looks like:  During a coaching conversation, your coachee says something that invites further exploration.  It can often be well disguised.  Then, they leave it up to you as coach to discover and accept the invitation, or not.

A participant in one of our recent coaching programs likened it to two people walking down a hallway with doors on both sides.  One person opens up a door, and holds it for the other person to pass through.  But if the other person is too far ahead, they won’t even notice.

Here are a few examples of ‘invitations’ from coachees that I’ve received recently in my role as coach:

These comments are the tip of the iceberg, and we know it!  Our coachees are inviting us to engage.  But what's the best way?

Let’s look at what happened when I heard: “I’ve had better projects.”

I could have responded (but didn’t) by asking an open question that would have led to a very productive discussion:

Instead, I responded simply with “Tell me more.”  The response was:

“Well, actually, I used to enjoy leading projects, but I am getting tired of this kind of work.  Because that’s all I’ve done for the past four years, people don’t even think of me when line jobs open up.  I don’t know how to change their mindset.  And I don’t know how much longer I can keep myself motivated.  And frankly, I am not sure I am ready for a line job.”

I could never have imagined that this was the real issue.

By responding with “Tell me more,” we allow our coachees the freedom to take the conversation in the direction they choose.  When something tells you that there is a lot unknown behind your coachee’s words, accept the invitation and leave the coachee in charge. 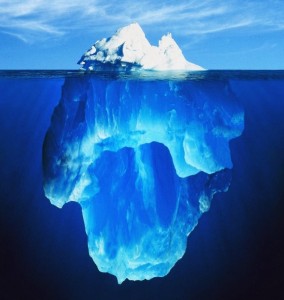