You are Fill in the Blank

I so clearly remember one of my very early coaching sessions, and the lasting lesson I learned by getting it wrong.

My coachee and I were reviewing the results of his 360-degree feedback report. One of the positive messages in the data was around his communication. I asked him for examples of when he felt he had communicated well, and he happily shared several stories.

Then I said, “So it sounds like you are a good communicator.” He winced as if I had stepped on his toe, and I asked him why. He wasn’t sure.

We moved on to the subsequent data points, but my thoughts kept returning to this incident.

Eventually I brought it up again, and said “What if I say ‘You communicate well.’, instead? How does that feel?”

“Much better.” He said. Together we explored why, as both of us were curious.

We discovered that “You are a good communicator.” sounded like a label, a judgment, and even an expectation for all future behavior. He also felt that the wording seemed to suggest that he was superior in some way, and that did not sit well with him at all.

On the other hand, “You communicate well.” suggested that he was succeeding with something that he actually worked quite hard on. Apparently his efforts were paying off, and this motivated him to carry on.

A passage in colleague Ben Dattner’s book “The Blame Game” is about intelligence, but for me the concept is the same, and it says it all:

Whether offering praise or constructive feedback to our coachees, we coaches need to choose our words carefully, as they can have a huge effect on the meaning and the impact of the message. 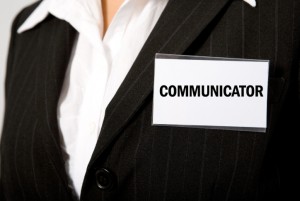