It can be so easy to fall into ‘The Coaching Trap’.  Imagine that you are coaching someone, and you believe the conversation is going quite well.  Perhaps your coachee is even coming up with new solutions to meet the challenge at hand. Then suddenly you hear “What would YOU do?”. Or “What do YOU think I should do?”.  Now you have full permission to advise , right?

Long ago, I heard a beautiful story from a colleague of mine.  His son was having a hard time with a friend at school.  The friend had a particular behavior that really upset his son.  After listening for some time, son asked father for advice.  The father obliged and said “Why don’t you explain to your friend everything that has been upsetting you, and how that makes you feel?”  His son considered this for a moment, and then replied “Well, if I did that, this guy would probably tell others in the class, and I would become an outcast.”  My colleague thought about this answer, and realized that his son was probably right.  After more discussion, his son came up with his own solution, which was to give feedback to his friend on the spot, right when the behavior occurred.  I heard later that he carried through with this plan, turning the situation for the better.

A couple of years ago, I was coaching a very senior manager with whom I had had a long-standing coaching relationship.  He was sharing an ethical dilemma.  He had two options, and surprisingly (as he wasn’t one to ask advice), he asked what I thought he should do.  I confess, I had been thinking of what I would do in his situation.  I caught myself and replied “I don’t think that you even WANT to know what I might think you should do!  You’re the one who will have to live with your decision, and its consequences.”  He paused, then replied “You’re right, it’s my decision.”  He started listening to his own heart, and within a minute he had decided what to do, and had clarified why that was the right choice for him.

When our coachees say “What do YOU think I should do?”,we need to throw it back and say “Well, I'd like to hear YOUR thoughts first.  What do YOU think?”  After all, they do have to live with it!  You might be very positively surprised at the result. 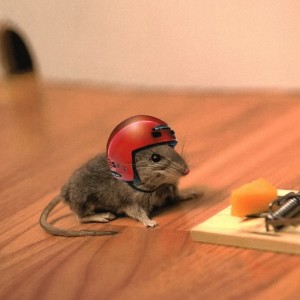