A few years ago I was coach-supervising a dear colleague. She was sharing an experience that is not uncommon in our work as coaches – she was coaching a client who had a tendency to talk on-and-on about whatever was on his mind at the moment.

I could just hear the frustration in her voice as she related this story, and I shared that with her.

She replied “Well, that’s just it!  It was difficult, but I decided to let him go on for about five minutes or so, because I wanted to feel fully how others might experience him.”

I was having flashbacks of similar situations when coaching, and became really curious about how she was feeling, so I asked her.

“Well, at first I was concerned that this could go on for the entire hour, and that the only thing he would get out of the session would be the chance to ‘dump’ his stories. I was also worried that I would not be able to keep listening fully. Read: me not doing my job.”

“Once I decided to intervene”, she continued, “I realized that I had to actually interrupt him to get a word in edgewise, which would make me feel rude. I broke in anyway, saying, ‘Can we take a step back for a moment?  I want to make sure that you get what you want out of this session. Is this how you want to spend our time together today?’”

Her coachee was not surprised, saying that he had received feedback a number of times about being ‘long winded’. The two ‘re-contracted’, agreeing to focus on his ‘long-windedness’ instead. She challenged him to make each and every point using no more than three sentences, and they practiced repeatedly. She found him to immediately appear more thoughtful, as he allowed for pauses to carefully select his words. She shared this with him, and divulged how different and better it felt to be with him ‘before’ versus ‘after’.

Later she learned that her coachee started applying this technique in the workplace and at home, receiving very positive reactions (unsolicited) from many. Eventually, he made it a core part of his communication style moving forward, which had a significant positive impact on his interactions with others.

When we coaches experience various negative feelings while coaching someone, we can step back to analyze what is going on, and see our reactions as useful ‘data’. If we decide to share how we experience them, it just might offer the motivation they need to make a sustainable change for the better. 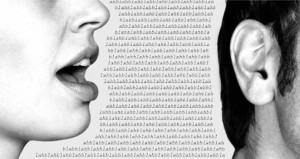