It is Just a Sigh

I’ve heard this so many times. It resembles a sigh, yet it’s different. When a person sighs, they breathe in deeply, and slowly. And then they let all the air come back out at its own natural rate. People often sigh slowly when reflecting. Try it – you’ll feel how it can create a moment of pause.

Nope, what I am talking about is different. In this case, the person breathes in and out quickly, forcing the air out in a noisy burst, in order to express a feeling such as frustration, impatience, or even exasperation. Try it – you’ll feel the annoyance that comes along with it.

People often use this ‘forced sigh’ to express how they feel when someone else doesn’t do what they want them to do. In the context of leadership and coaching, this expression of feeling often comes up during the coaching conversation.

I once had a coachee who was frustrated with one of her direct reports. At the end of every quarter he was required to carefully craft a two-page summary for her, of various data concerning the previous three months. My coachee would then use this information to present to the board at the quarterly meeting. And every quarter the two-page summary delivered to my coachee was far from satisfactory, so she had to spend hours correcting his work.

So I asked, “Why is he doing such unsatisfactory work?”

She paused, then continued, “We’ve gone through each of his reports in detail to discuss the difference between what he did and what I need.”

I replied, “So, you’ve given him ample instruction?”

I inquired, “Do you believe that he is capable of getting this right?”

She replied, “Good question.  I don’t know. But come on! It is part of his job description, and he’s got the job!” [followed by a ‘forced sigh’]

“Could it be that you are expecting him to do something that he is not capable of … just because it is ‘part of his job description’?”

[a slow sigh] [significant silence]  “Honestly, maybe I am. And if I am, I’m setting myself up for repeated disappointment.”

She continued, “And it must be awful for my direct report to fail over and over again and not to be able to do anything much about it.”

We coaches need to keep our ears open for the various sighs that occur during our coaching conversations. Each one indicates something unique going on inside the coachee at that very moment - anything from exacerbation to new realization, or even honest acceptance. So when you hear a forced sigh of frustration from your coachee, keep exploring until it turns into a slow sigh of new discovery. 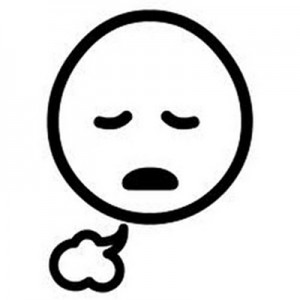