Hang On, Let Me Finish Speaking!

My coachee (let’s call her Maria) was the Director of Marketing for a start-up that had been wildly successful, having scaled exponentially during the previous few years. As a result, the roles of the most senior people (who were very young) were getting more and more complex. An IPO was just around the corner, and Maria had been told by a colleague that she would be replaced by someone external that was ‘more senior’.

Maria continued, “I was perplexed by what my colleague said next: ‘You’re not up to speaking with the CEO about this.’ I thought a moment before responding: ‘Well if this is about content, I am up to it. If it is about me needing to interrupt in order to get a word in, I refuse.’”

Apparently the CEO interrupted frequently, especially when he disagreed with what the other person was saying. Since most people (including Maria) would back down when he interrupted, they relinquished their opportunity to make their point. In Maria’s case, she had been brought up not to interrupt out of respect for the other – a deep value that she was not about to compromise.

After some silence, Maria added, “And, I don’t think this is about gender bias – he just interrupts everyone.”

We decided to brainstorm on ways to change the rules of the game. The first idea was to ‘catch him in the act and call his cards’ with something like: “John, just hold on a moment here! I’ve been decent enough to let you speak, and I’d like you to do the same.”

We then paused, and agreed that the language was a bit ‘loaded’, so we toned it down to “John, I let you finish, and I’d like you to do the same with me.”

Here are some further ways to respond to John that we generated:

Then we brainstormed ways to contract (agree) up-front on ‘how’ to converse.

The above strategies would demand a certain amount of courage from most people. They also involve either: (1) noticing and naming what is going on in the moment, with the intention of shifting to an alternative way of conversing; or (2) agreeing up front on a new set of ground rules for the conversation.

As for Maria, in the end, which (if any) of these strategies would be put into use was left entirely up to her. At least she had some new approaches to consider. I trusted Maria’s judgement and figured that she would know exactly what to do when her CEO interrupted her in their next conversation! 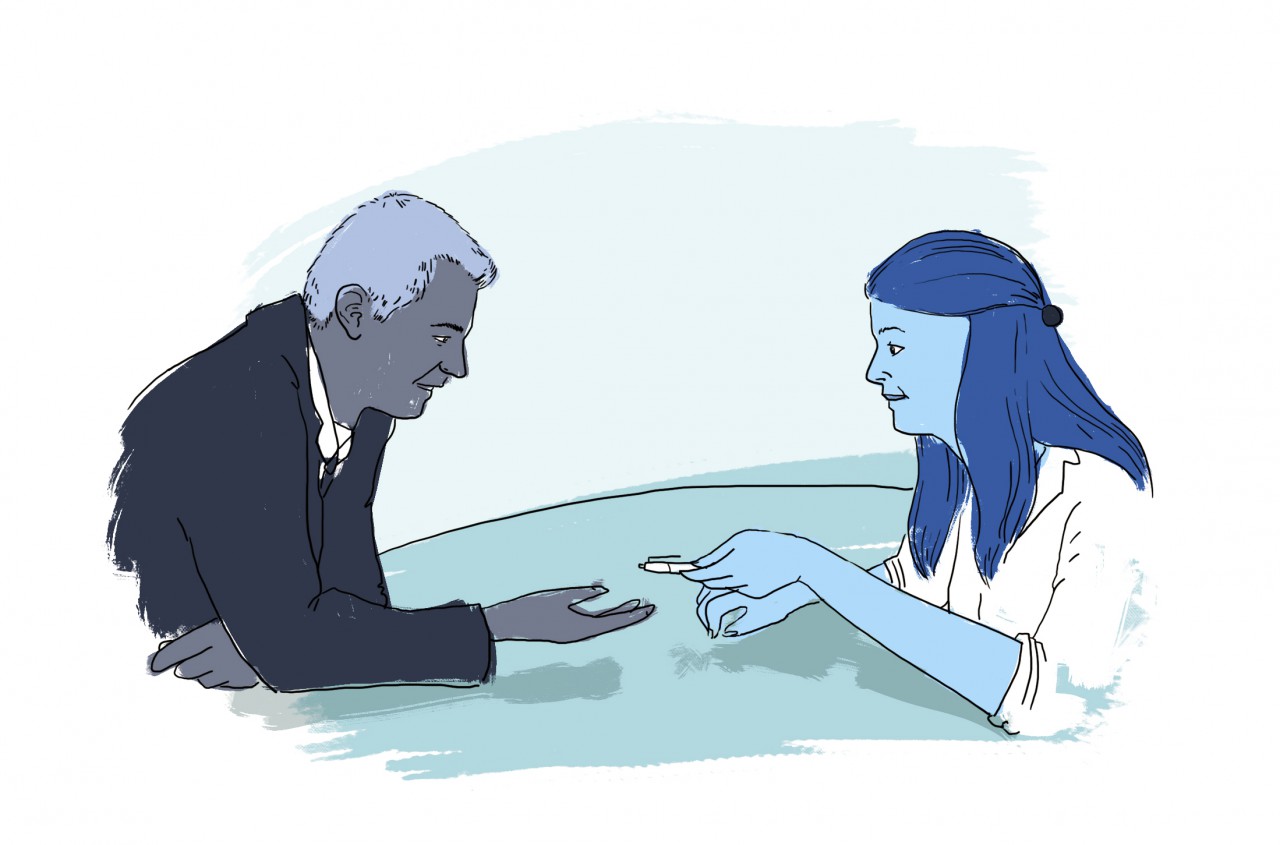