Out of my control!

Many of the people I coach are quite ambitious.  They set significant goals for themselves that seem to fall into one of two categories.

A few years ago I was coaching a senior manager who was quite frustrated with her boss (a common theme in my coaching work), because he was not ‘being tough enough’ with his team members (her peers) on meeting deadlines.  The lack of commitment from her peers was affecting the quality of her own work, because she was dependent on what they did, in order to to fulfill her own responsibilities.  For a while the conversation focused on trying to find a way to get her boss to change his behavior.  Then I asked whether she thought her boss was able to change his leadership style and become more forceful? After a significant bit of silence, she admitted that he probably wasn’t.

She realized that she had been ‘beating her head against the wall’ trying to get someone to do something that they probably were not capable of doing.  The conversation quickly shifted away from what he should do, toward what she could do to motivate her peers directly.  Ideas were suddenly abundant, and she built up a (successful) plan to interact with her peers more effectively.

If our coachees seem to be complaining about people and things around them that they probably cannot change, a fresh look at the goal itself can help them figure out what they themselves can do.

It makes me think of the first few lines of Reinhold Niebuhr's "Serenity Prayer": 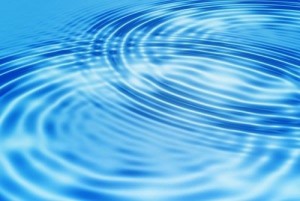