I Wonder What That's About

Have you ever been annoyed by a person you were coaching?  I have.  So what’s really going on, and how can we manage ourselves in these situations?

Part of preparing oneself for a coaching session means getting ready to observe and be very curious about what is going on right in front of us.

A number of years ago, I was having lunch with a group of participants at a leadership program, when I suddenly found myself struggling hard to be open and responsive to the woman next to me.  She was telling me how upset she was with a girlfriend  who had recently returned to work after giving birth to her first child.  Her girlfriend used to call regularly to chat, make social appointments, etc., but not anymore.  The woman next to me did not have any children.

Thinking back with a blurry memory to my own first (exhausting!) months back at work after having given birth, I asked her whether her friend had much time at the moment for such calls.  She replied that her friend could ‘at least’ call her from her car while commuting to or from work.  I sat there wondering what that was about.  Why might her friend not be reaching out?   After sharing a few possibilities with the woman next to me, I could see that she  was not interested.  Her annoyance with her friend was contagious, and I began to be annoyed with her.  Why wasn’t she curious as to why her friend might not be calling?

A few years later, I had an appointment with a young Executive MBA student at my office.  I needed to grade a large research project of hers.   She arrived late and did not apologize, and I was slightly annoyed.  Feeling a rather pious duty to give her feedback on the potential messages she could be sending people by being late to appointments, I decided to wait for the ‘right’ moment to bring this up.

While we were talking about the project, she suddenly paused, and said “I almost didn’t show up today.”  Feeling huge tingles of curiosity (finally!) in my spine, I said “Oh?”  She replied, “Yeah, my sister passed away last week.  I didn’t know whether I would be able to manage myself during this discussion.”  Here I was, letting someone else’s behavior annoy me, instead of getting curious about what might be behind it.

When we are coaching, we need to put ourselves in a curious, non-judgmental frame of mind in order to be at our best.  If we find ourselves feeling annoyed by something during a coaching session, we can see this as a red light warning signal, and ask ourselves “I wonder what that’s about." and then follow-up when the moment is appropriate and find out.

This post inspired some great sharing within our team.  Here’s what Caroline van der Westhuyzen, Project Manager at JJC wrote:

I once was taken to a private club in London (SOE). I sat in the room, the youngest by about 30-40 years, looking around at the elderly people in wheelchairs, with sticks, shaky voices, etc.  They were sitting in large leather chairs gathered around a log fire.  My father’s cousin and his wife (he was in SOE 2nd WW and she stayed in MI6 all her life) took me there and watched me taking in the scene.

Lionel chuckled and said, let me tell you what these people did when they were your age and younger.  He then brought the whole room to life, one person at time.  He described what each of them had done during WW2, their heroic deeds behind enemy lines, saving colleagues, daring raids, etc.

It was such a mind shift for me, the room looked totally different.  Since then I always try and wonder what a person’s story is, rather than accept what I immediately see in front of me.

JJC will be celebrating 20 years in business in 2015.  We would like to recognize our clients, coaches and staff who have made this journey a success by holding a series of special events.  More information coming soon! 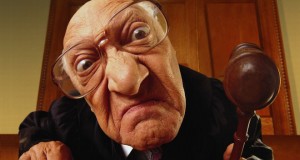