What was he THINKING?

“It’s despicable!  I sent Marco an invitation a week beforehand, but never heard a peep.  My proposed date and time came and went.  I don’t mind if he declines, but I never heard a thing either way.  What was he THINKING?”

“I warned the management team that this would happen, and even told them how they could avoid it.  But they didn’t do a thing.  Why don’t they LISTEN?”

“It’s only normal professional behavior to show up on time.  I bend over backward to do so, and expect the same from others. But Marianna showed up late again.  Why does she DO that?”

Whether or not we are coaching, we often hear these sorts of comments from others.  And perhaps we are prone to making such comments from time to time ourselves.  The speaker’s voice can be louder than usual, and certain words are emphasized.  Sighs of frustration are usually rampant.

Actually, I think that the rhetorical question that the coachee poses in these situations is spot on.  The only problem is, they usually have no intention of seeking an answer.  When this happens, I frequently hand their well-crafted question right back to them, with an emphasis on a different word.  What WAS she thinking?  Why DIDN’T they listen?  Why DOES he do that?

Then I explain that if someone does something that doesn’t make sense to us, then we are probably missing some information.  So turn the question around and ask your coachee whether they could be missing some information. You’ll find that your coaching conversation may turn into an eye-opening exploratory discussion on the possible reasons for the person’s behavior, leading to new understanding of the person’s intent, and useful solutions.

Several years ago I coached someone who would regularly complain about the ‘stupid’ behavior of others.  Each time she strongly resisted exploring the reasons behind these behaviors.  At one point, I gathered several examples and summarized them for her.  I then shared what I perceived was a pattern, that was leading to general frustration.  This was an eye-opening moment for her, and we were finally able to explore the reasons why people behave as they do.

“We judge ourselves by our intentions, and others by their behavior.” [Stephen M.R. Covey]. 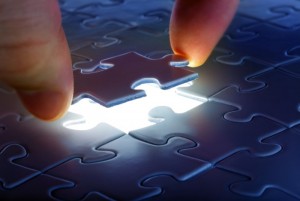